To get your assignments for today, choose the link above for your class. 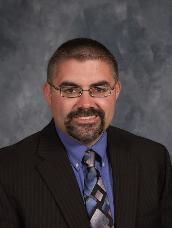 ﻿Mr. Whirrett has a B.S. Education and a Lutheran Teacher's Diploma (2001) from Concordia University, Nebraska, and an M.Ed/Elementary Administration (2005) from Concordia University, Nebraska. He holds current Indiana (K-8) and Nebraska (K-8) teaching licenses. Mr. Whirrett has served as a teacher in Lutheran Schools for 17 years, with the last nine of those years at St. Paul's. He was born in Fort Wayne, Indiana, and currently lives in Fort Wayne with his wife Kristen and 3 children:  4 year old Nathan, 2 year old Emma, and 10 month old, Lily.

Mr. Whirrett enjoys spending time with family, traveling (Been to 49 of the 50 states, but only 2 Continents & 3 Countries), U.S. History and politics, geography, playing ultimate frisbee, playing and coaching basketball, and the Indianapolis Colts.

Basketball wise, Mr. Whirrett enjoys cheering on his teams (the Pacers, Hoosiers, Concordia Bulldogs, Concordia Cadets, and St. Paul's Bears) and coaching at St. Paul's.  He has been to CIT (Concordia Invitational Tournament) 21 years in a row, since his sophomore year of college.   This tournament takes place every final weekend of January and rotates between the four Concordia's that take part:  Concordia-Ann Arbor in Michigan, Concordia-Chicago in Illiinois, Concordia-Milwaukee in Wisconsin, and his own Concordia-Nebraska in Seward, Nebraska. The Bulldogs have won the most men's and women's titles. One year, Mr. Whirrett was even the Bulldog Mascot.  We won boy the men's and women's divisions that year, of course.  At St. Paul's, he takes pride in our 8 consecutive trips to nationals, going every year he has been at St. Paul's with Coach Ratzburg.  In those 8 years, we placed 7 times out of the 32 invited teams, finishing 3rd, 5th, 4th, 1st, 1st, Consolation Runner-up, and 3rd.

Because Mr. Whirrett is an avid Colts fan, on Sunday afternoons in the fall you will either find him in his Colts room watching the game, or in his seat at Lucas Oil Stadium for the home games.  His Colts "hobby" involves attempting to visit a new team's stadium every year for a Colts game. So far, he's been to Cleveland, St. Louis, Green Bay, Washington, Cincinnati, New Orleans, Detroit, Denver, Buffalo, Pittsburgh, Minnesota, Seattle, Philadelphia, New England, and Tennessee.


Watch below to see an experience that Mr. Whirrett was able to have...  live!  This was at the RCA Dome in 2007.  GO COLTS!  (If it doesn't pop up or is blocked, click on "watch on Youtube" when the message comes up.)
Powered by